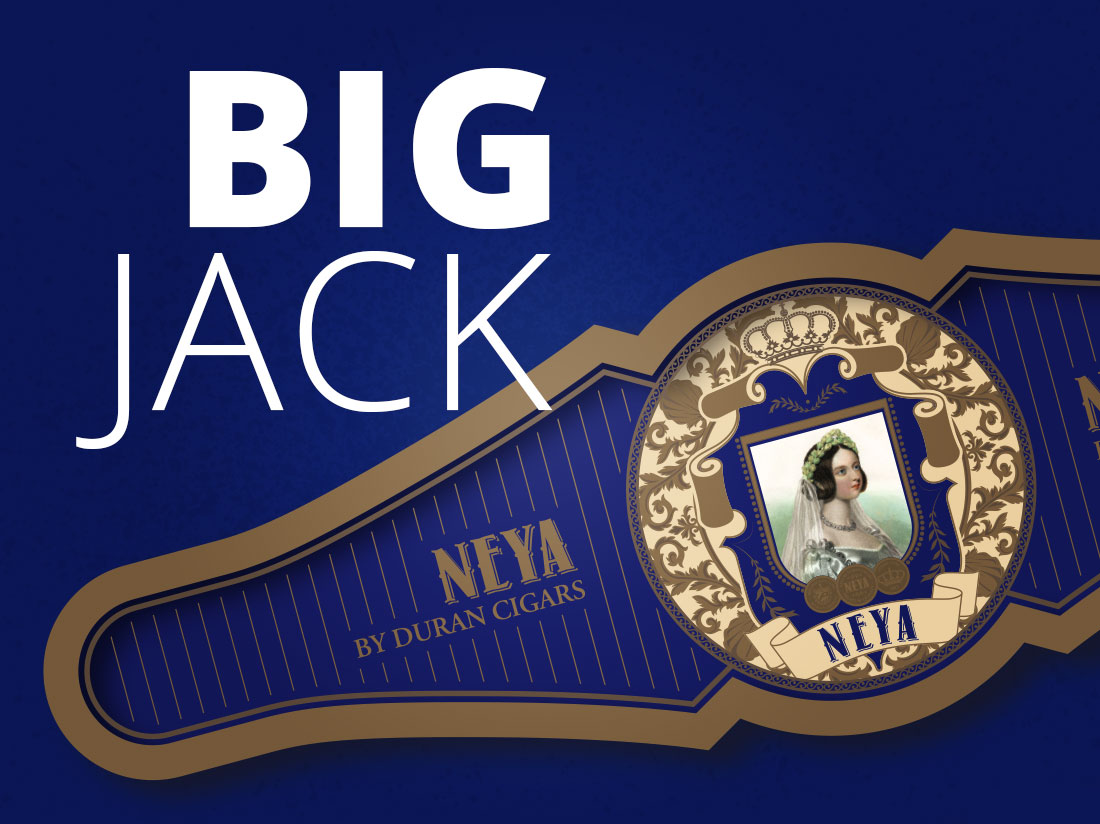 We at CPD have been hard at work getting ready for #ipcpr2015. It has been hectic during this time now for the past five years.

We’ve worked with Jack Torano since 2012 and we’ve truly have built a great relationship on and off the humidor. So when Roberto Duran, of Duran Cigars called us about a Neya Big Jack project, we were all over it.

Today Duran Cigars officially has announced the Neya F-8 Ligero Typhoon Big Jack will be launched at the 2015 IPCPR Trade Show. In addition to this new size, the cigar will feature the company’s new branding (Duran Cigars) as well as a secondary band highlighting the F8 band. Both the new F8 secondary band and Duran Cigars’ logo created by CPD.

In a press release announcing the Big Jack, Duran Cigars owner Roberto Pelayo Duran, said, “As we all know, Jack Toraño has a larger than life personality, so I figured that it was a natural fit to name the Neya F8 7 x 70 after him. He (Jack) had been pushing for the bigger size because there is a growing segment of cigar consumers that enjoy not only a full-flavored cigar, but a larger sized cigar as well. We look forward to presenting the ‘Big Jack’ and feel that this new vitola will really impress those looking for the ultimate in size and strength.”

“Never in my wildest dreams did I think that I would have a cigar name inspired by me, but what better cigar than the Neya F8 7 x 70. The Neya F8 has been a smash hit for us. There are many consumers that are looking for a full size-strength cigar and this one delivers. It’s well balanced with complex flavors and it packs a punch! I’m very excited about it and I really look forward to introducing the “Big Jack” at the IPCPR.” said Toraño.

The Neya line was introduced at the 2014 IPCPR Trade Show by Duran Cigars. There are two blends, the Neya Classic and the Neya F8 Ligero Typhoon. The F8 is a stronger, bolder version of the cigar.

The company has also announced it has rolled out a redesigned website – http://www.robertodurancigars.com