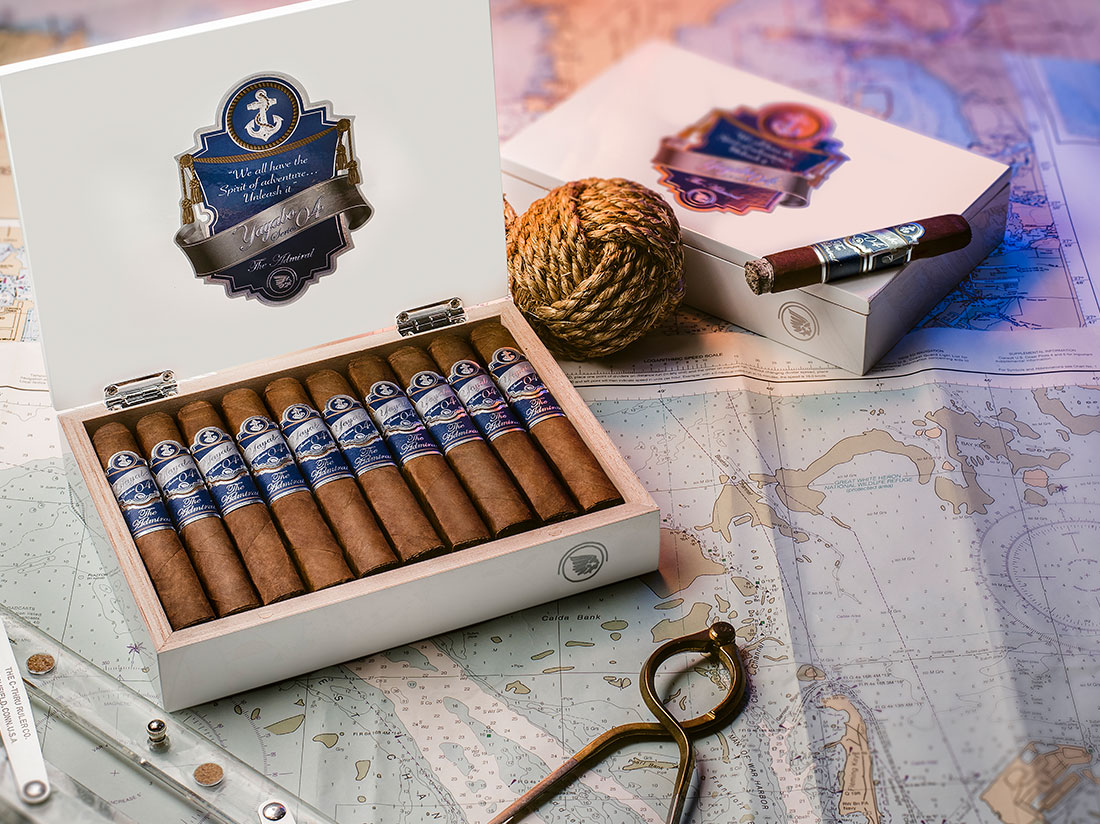 Yayabo Cigars taps Cigar Package Design on the shoulder, to create a new national print ad campaign for Yayabo Series 04 – The Admiral, a new cigar entering the U.S. premium cigar market. The company, owned by Diany Perez and her husband Alex Basulto, first made its U.S. debut at the 2015 IPCPR trade show in New Orleans, LA.

The Admiral is the fourth release from Yayabo Cigars and its logo, cigar band, box and overall packaging presentation incorporates a modern nautical theme and color palette. A theme National Sales Director and Marketing Manager Charlie Lopez can definitely relate to. Lopez is a certified USCG master boat captain, and whenever he is not on the road selling cigars, he is out on the warm South Florida waters fishing.

From concept, to layout, to photo direction, and final product – our goal and challenge was to maintain the Yayabo’s parent branding prominent, while letting “The Admiral’s” nautical theme shine under its own spotlight. We took on this project on a short deadline and lead the way with creativeness and professionalism. The ad has been welcomed with great energy by the entire team at Yayabo Cigars.

The finished ad can be see on the current pages of Cigar Snob Magazine. It is also used as a sales tools and is opening doors to more brick-and-mortar cigar shops throughout the U.S. and paving the way for Yayabo’s growth and footprint.

Our favorite saying at Cigar Package Design is “You make cigars, we make everything else”. So reach out and lets collaborate on something great.