Azan Cigars: The Making of a Magazine Ad
15949
post-template-default,single,single-post,postid-15949,single-format-standard,bridge-core-1.0.5,ajax_updown,page_not_loaded,,side_area_uncovered_from_content,qode-child-theme-ver-1.0.0,qode-theme-ver-18.1,qode-theme-bridge,disabled_footer_top,wpb-js-composer js-comp-ver-6.0.2,vc_responsive

Azan Cigars: The Making of a Magazine Ad 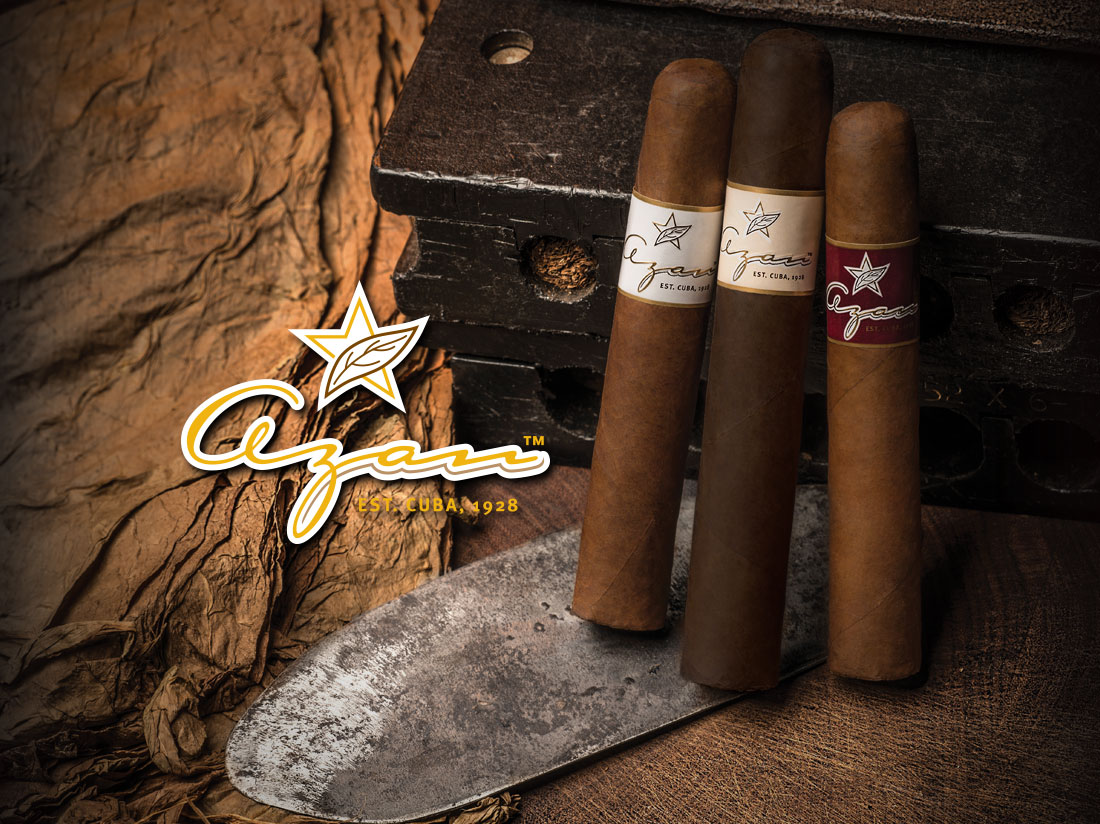 27 Feb Azan Cigars: The Making of a Magazine Ad

All cigar manufacturers bring a different taste profile to beginners and aficionados alike. They all want to highlight what makes their cigars great and unique. Azan is no exception – the company is one of the best kept secrets in the history of Cuban cigar brands. Azan was founded by a group of Chinese immigrants back in 1928. Kwan Ben Sen (known as Domingo Azan) with his brothers started making handmade cigars in Manicaragua, Cuba (located in the province of Villa Clara).

The re-launch of an old Cuban cigar. Today, Roberto Pelayo Duran, is bringing back the Azan name and he aims to offer the same quality, construction and detail which he exceeded from those he supervised while in Cuba. Roberto brings his style and personality to cigar making and he wanted the re-launch and branding efforts to reflect the same. “I want to focus on quality, not quantity – Azan for me is back to basics. It’s back to making cigars in the old Cuban tradition of perfect balance and the lost art of progressive flavor construction and technique” states Roberto.

Azan is ready for its U.S. introduction – in comes the creatives at CIHYA. After meeting with Roberto and understanding how he wanted the brand positioned, we (CIHYA) came up with the the following core message – “No Leather, No Chocolate, No Frills”. This refers to taste notes and profiles many cigars tasting panels often refer to. But most important, this message keeps true to the company’s classic cigar making approach.

The cigars are ready for the spotlight. We first needed great photographs of Azan’s line up. We once again reached out to our good friend and photographer Osi Ramirez for this product shoot. Armed with our core message and great images from Osi, we set out to create a “no nonsense” ad which focuses on Azan’s three cigar blends. Azan’s new ad can be seen nationwide on the current issue (Jan/Feb 2014) of Cigar Snob Magazine.

From sketch, to concept, to photo shoot, to final product. We took on this project on a short deadline and lead the way with creativeness and professionalism. The ad has been welcomed with great energy by Roberto and his sales team. The new ad is being used as a sales tools and is opening doors to more brick-and-mortar cigar shops throughout the U.S. and paving the way for Azan’s growth and success.